Ideas made visible – made ear-compatible … 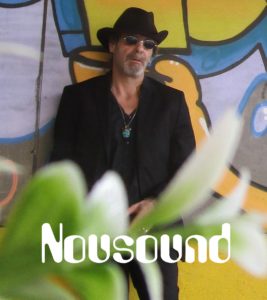 Digital painting – compositions of sound and film, of fragment and image, of color and mere form. This is NOUSOUND.  Sometimes reggae rhythms, sometimes pure drum and bass, then folklore or techno again, electronic soundgames on the synthesizer. The sound tries to tell. 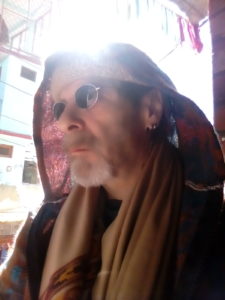 In addition the optics. At least as important an element in the work of NOUSOUND, as it is onomatopoeia, music. Flowing collage technique. Here stories are told, here information and opinion is transported, here is drawn excitation and conclusion. The NOUS of the philosophers becomes clear. In the lyrics, in the sound and color collages, it hides itself to often show itself clearly radiant, to shake up, to remember.

Always there is idea and opinion, packaged structure that wants to call. Whether as a color element, as a part of the sound, as an overdrawing, as a clear picture, as an intimation or just a scream. Awakening, waking up, pointing out, perhaps even accusing, that is a thread that skilfully twirls, the whole universe of sound mixed with film and image, blurring, flying almost, – carefree and full of imagination – let emerge. 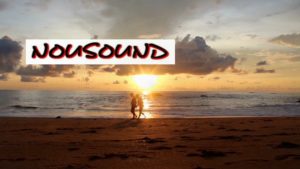 NOUSOUND – this is an attempt to transport emotions, to make them audible, to make them visible. But free space for the thoughts, for associations, for mental games of the individual, for the formation of individual self-interpretation. Guided by form and association space, which in direction and intensity constitutes the peculiar pull of the music-video-picture-collages. Honest and almost naive

MOVE ON!
NEW ALBUM BY NOUSOUND

Sound of Nousound can be found all over the Internet.

There is a Youtube-Channel, a Facebook Site, an Instagram account. Nousound can be found in Soundcloud, Spotify, Amazon and 100 of other shops all over the world.